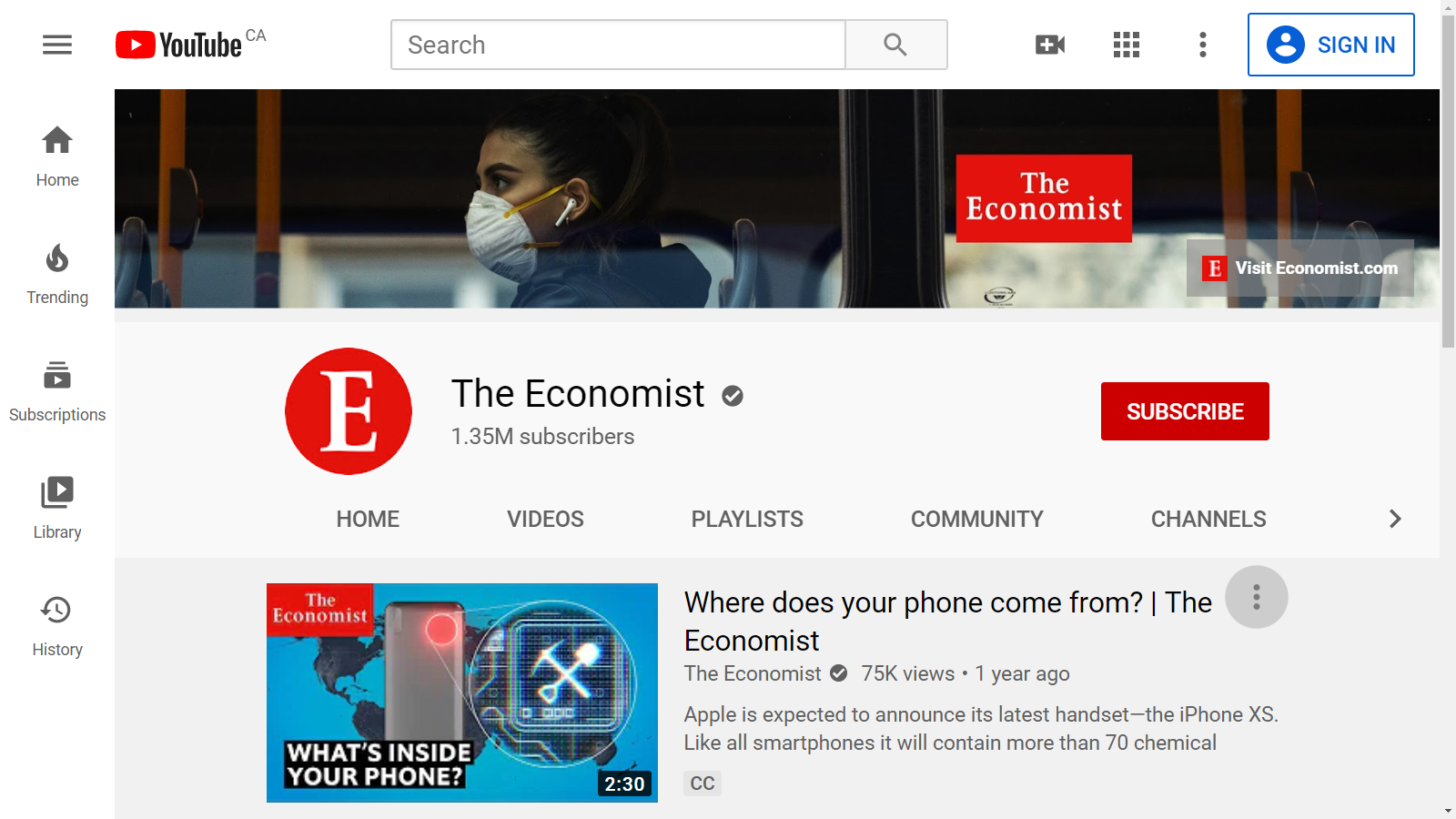 Where does your phone come from? | The Economist

“Apple is expected to announce its latest handset—the iPhone XS. Like all smartphones it will contain more than 70 chemical elements, which are mined from the Earth’s crust in countries all over the world.”

“The number of smartphone users globally is set to reach 2.5 billion by 2019. Around a third of the world’s population will own one. Smartphones touch every element of our lives but did you know that they also connect nearly every element on the planet. In fact of the 118 elements on the periodic table 75 can be found inside a smartphone.

These raw materials are extracted from the ground and shipped to refineries and factories in a truly global supply chain. Silicon, one of the most common elements in the Earth’s crust, is used to make the billions of transistors in the chips that power your phone. Gold is used for electrical wiring, about 0.03g of it in each iPhone. Indium, another metal, is used to make touchscreens. But when it comes to batteries, lithium is one really key components and this element is only mined in a handful of countries. Until recently, Chile used to produce the most lithium but now Australia has the biggest market share. The Democratic Republic of Congo, a dangerously unstable country with a poor human rights record, produces more than half the world’s cobalt, another crucial element in smartphone batteries.

Many of the elements used in smartphones are finite resources and have no functional substitutes. Rather than digging in the ground for the elements needed for new handsets it makes sense to extract them from old phones – but only about 10% of handsets are recycled now. So recycle your phone if you get a new one this year. Why? It is you might say, Elementary.”