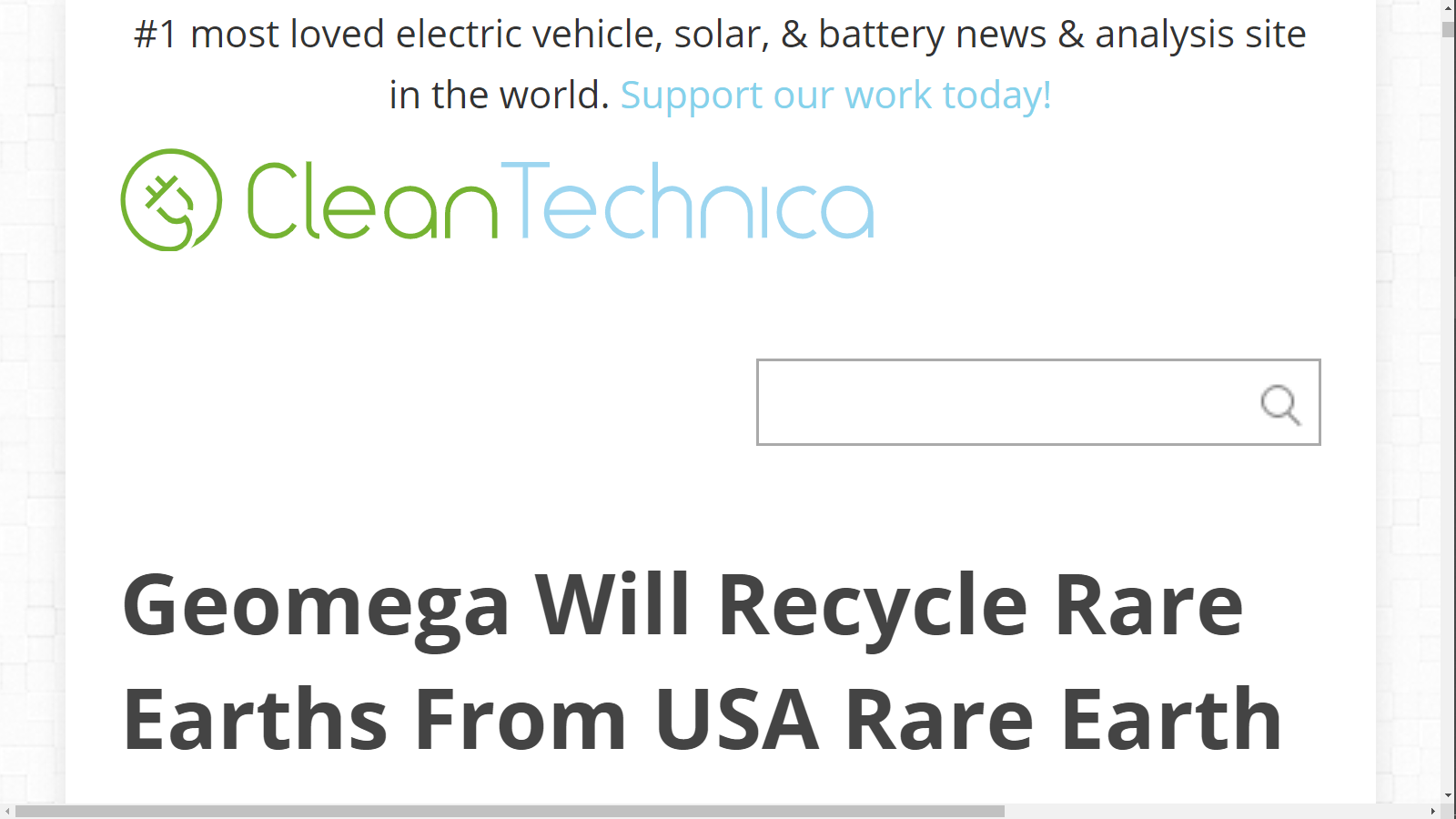 Geomega Resources Inc, which is a rare earth cleantech developer for mining and recycling, is partnering up with USA Rare Earth, which is a funding and development partner of the Round Top Heavy Rare Earth and Critical Minerals Project in West Texas, to recycle rare earth–containing production waste. This waste comes from USA Rare Earth’s production of sintered neodymium iron boron permanent magnets (sintered neo magnets) in the US. 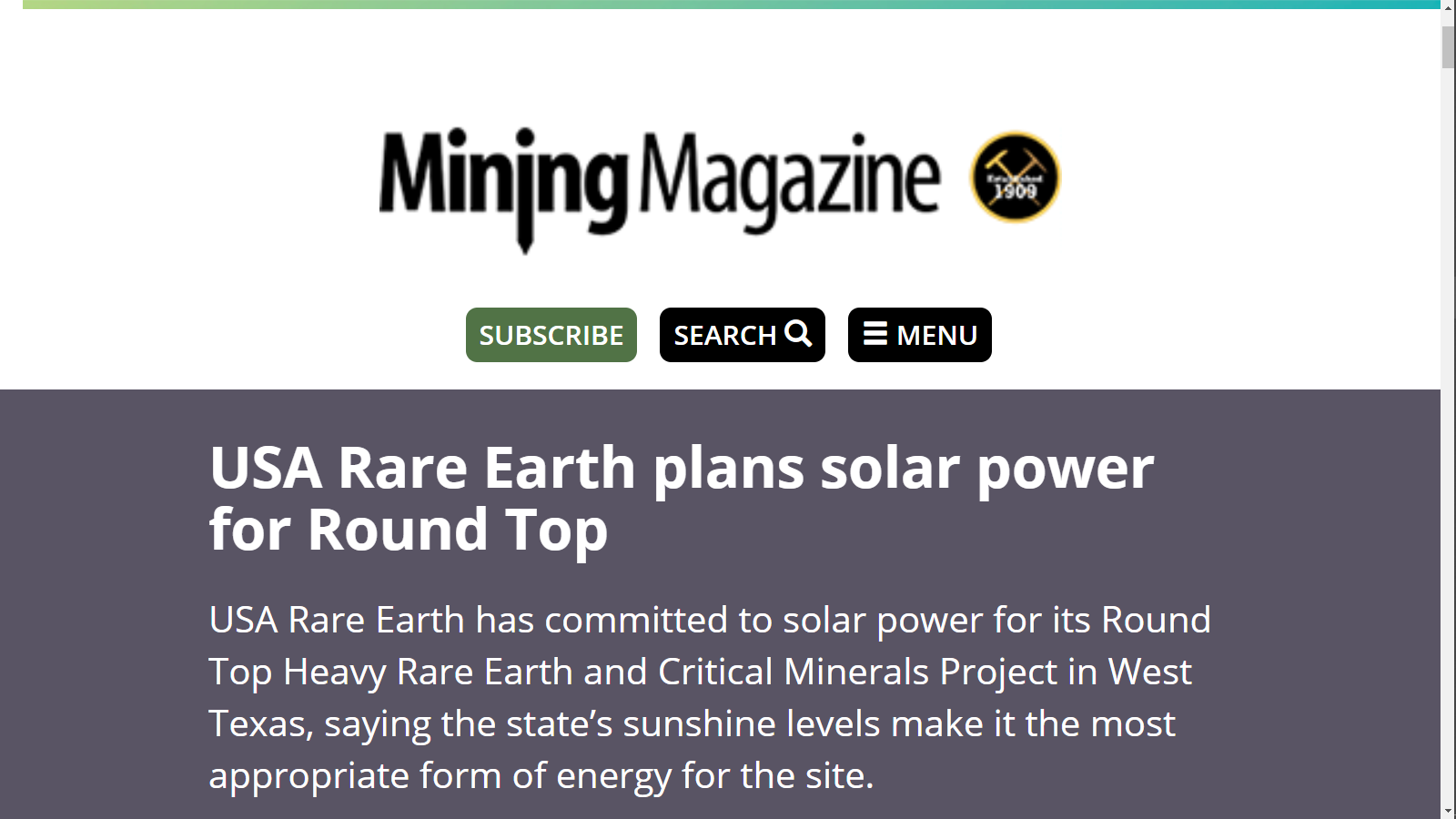 USA Rare Earth has committed to solar power for its Round Top Heavy Rare Earth and Critical Minerals Project in West Texas, saying the state’s sunshine levels make it the most appropriate form of energy for the site. 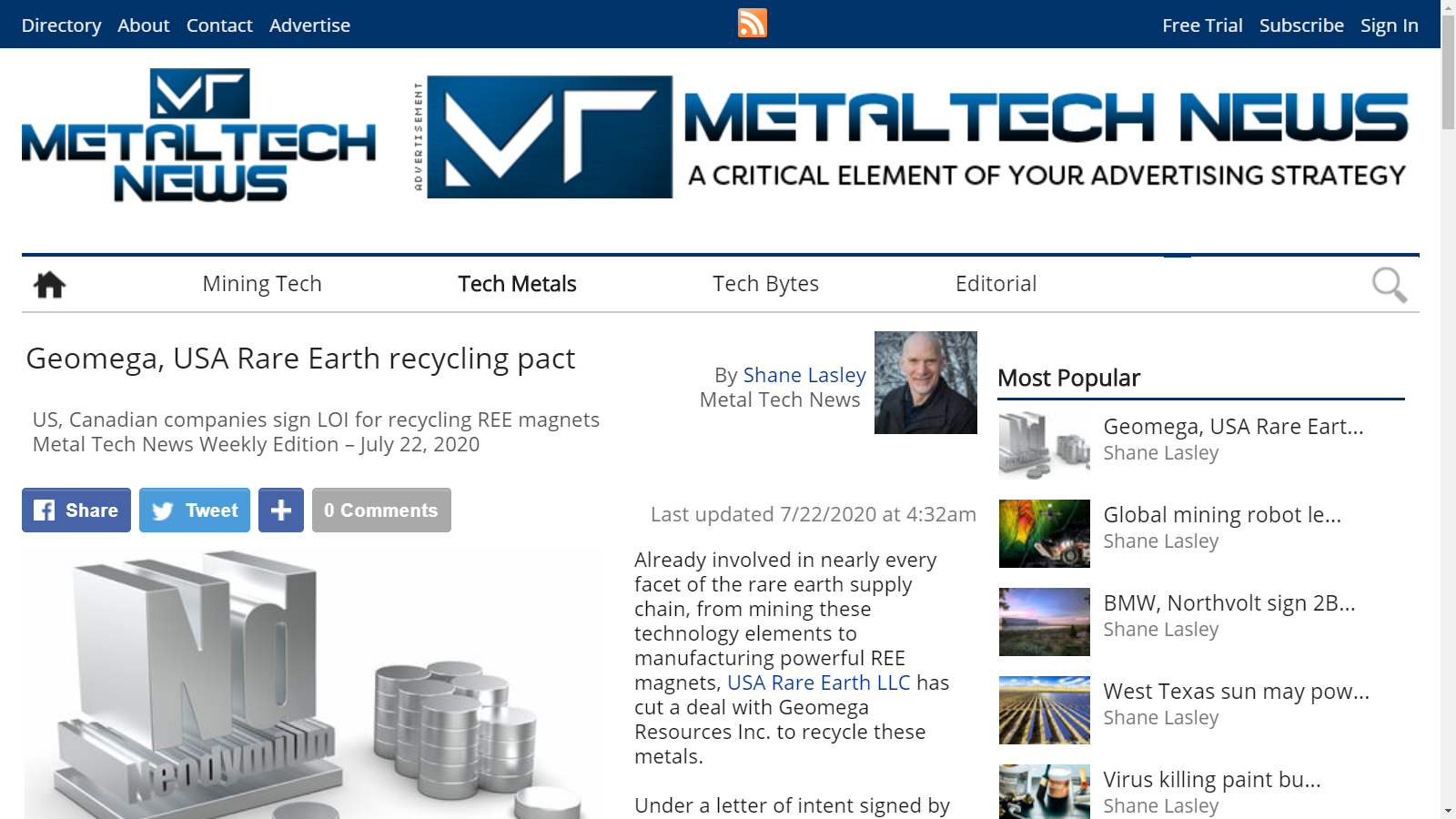 The process of manufacturing and machining sintered (compacting powder into a solid mass) neodymium magnet blocks generates up to 30% magnet chips and scrap, which needs to be recycled. “Every rare earth magnet factory produces waste; it is just the nature of the business because it is a difficult material to work with,” said Geomega Resources President and CEO Kiril Mugerman. “When Hitachi operated this plant, the waste was sent to Asia.” A neodymium magnet manufacturing facility that takes advantage of the full capacity of the equipment acquired by USA Rare Earth would generate somewhere around 600 metric tons of waste annually, which Geomega plans to recycle back into the North American REE supply chain. 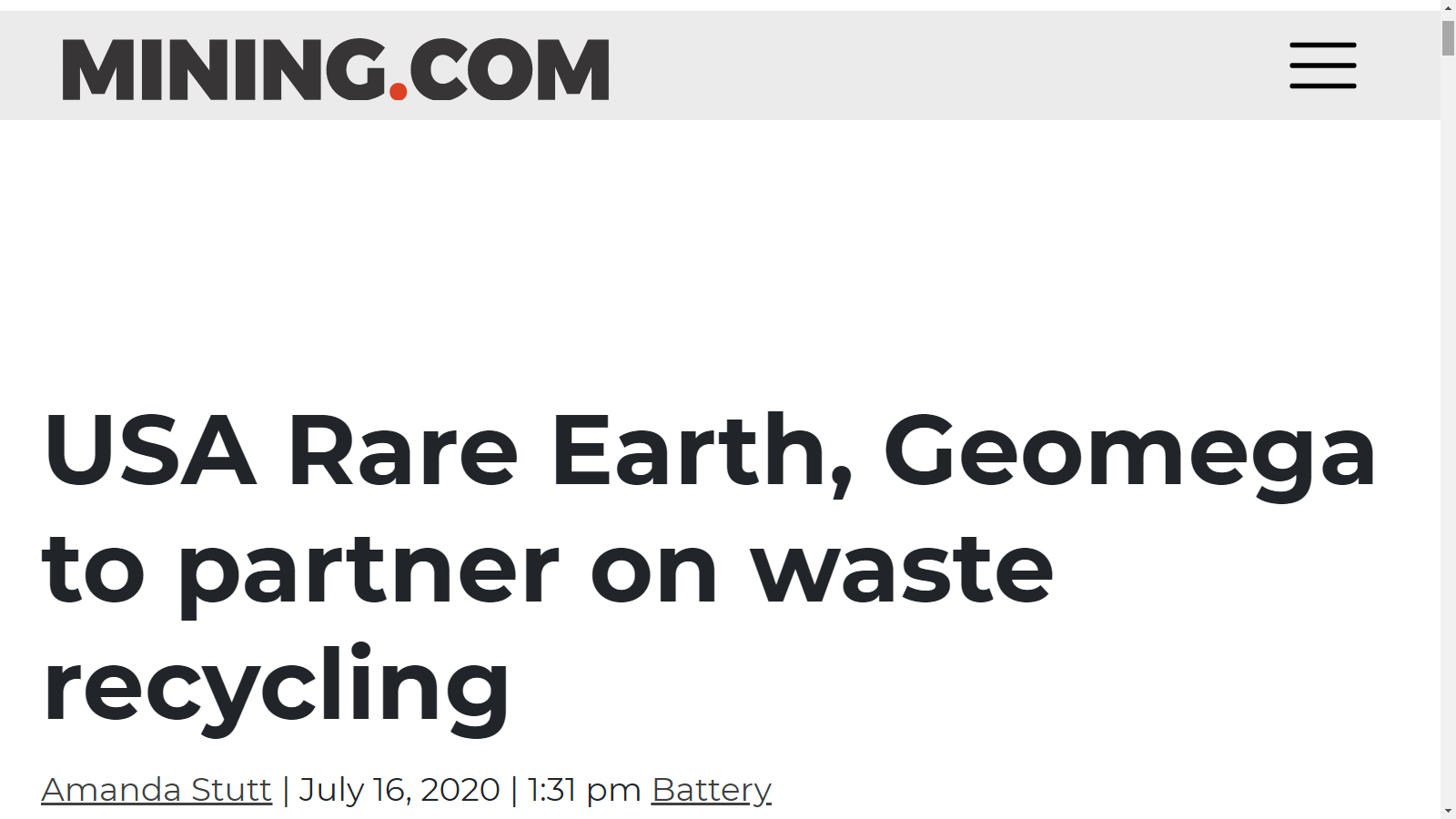