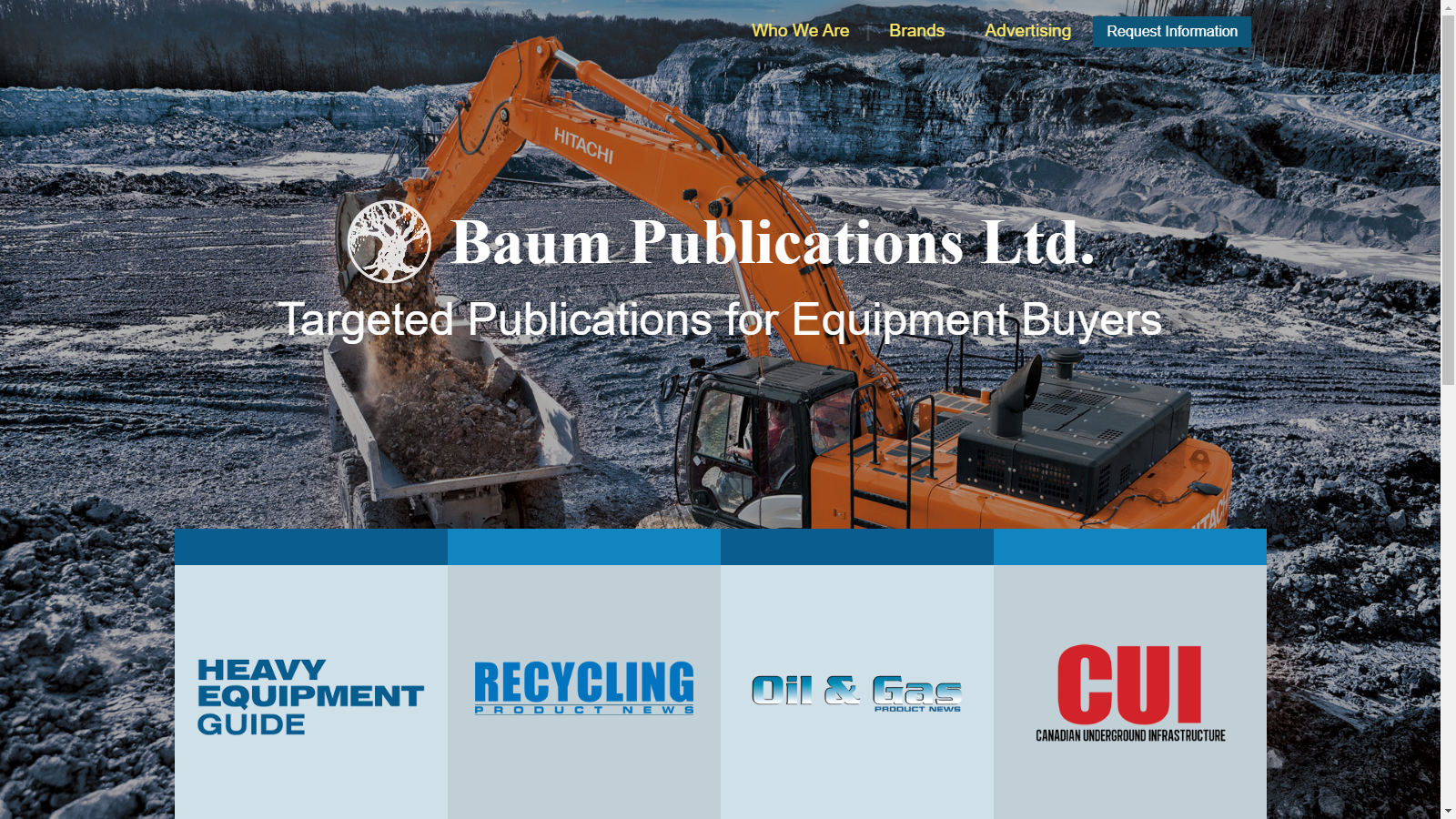 Earlier this year, the company secured financing to build a rare earth magnet recycling demonstration plant in St-Bruno-de-Montarville, Quebec, and in March announced an agreement with Jobmaster Magnets Canada to increase rare earth magnet recycling. Most recently, Geomega shifted production efforts temporarily towards the production of hand sanitizer to help supply provincial needs in the province.

Recycling Product News: Tell us about the disruptive technology that Geomega Resources is developing.

Kiril Mugerman: We have developed a disruptive technology in the rare earth elements (REE) sector. REE are vital to many of the high tech and clean tech applications in today’s world but they come at a great cost to the environment. At Geomega, we have developed a technology that allows for the separation of REE in a clean and sustainable way and are currently working on recycling REE from industrial waste to further de-risk our technology and begin generating cash flow before we apply it to the mining industry.

RPN: Tell us about Geomega Resources.

Geomega has a private subsidiary, Innord Inc., where we conduct all the R&D activities hence the name ISR Technology – Innord’s Separation of REE. This was developed over the last six years. The technology is clean and sustainable because it does not produce toxic waste, liquid effluent or solid waste tailings at our operation.

This will provide us the opportunity to produce rare earth elements without having to ship all of the material to China, where the company would have no control over how they are processing it and what kind of pollution it creates.

RPN: Where is your demonstration plant?

KM: We are building our demonstration plant in St Bruno, Quebec.  We are working with Hatch Engineering to advance the development of this first rare earth recycling plant outside of Asia. This engineering work is being funded 50 percent by additional funds from the National Research Council of Canada Industrial Research Assistance Program (NRC-IRAP).

Hatch is a world class multidiscipline engineering group with strong presence in Quebec, Canada. Hatch has expertise in rare earth and other industrial minerals processing, industrial and chemical construction and development, permitting and many other fields which Geomega is now entering into.

We are extremely pleased to have attracted an engineering group of Hatch caliber to work on the next stage of engineering together with my team. Hatch has taken part in some of the most complex recent mining and processing projects in Canada and across the world, and is well suited to bring its technical and project delivery expertise to this demonstration plant project.

KM: Today, countercurrent solvent extraction is generally accepted as the most appropriate commercial technology for separating rare earths. The key step in the extraction process is the selection of a suitable solvent combined with a suitable extraction condition.

Effective extraction and separation are unlikely to be achieved in a single step, and it’s necessary to prepare an aqueous solution containing the REE and extract this solution repeatedly with an organic solvent. This makes the acid and the base the main consumables in the solvent extraction process, and the spent REE acidic solution becomes one of the main pollution sources. Using this method, a plant producing multiple single rare earth products may contain hundreds and sometimes over a thousand of mixers and settlers. As a result, many separation stages are typically needed to obtain a pure product.

RPN: What type of environmental issue do magnets present?

KM: Magnets by themselves are not actually an environmental issue. They will remain magnetic longer than our lifetime. In some applications, like the motor of an electric vehicle, the magnet is made with Dy so it can keep its magnetism to a higher temperature. Otherwise, it can demagnetize while one is driving his car. Magnets are often coated with nickel or epoxy coating and that prevents them from oxidizing. Don’t forget that a rare earth permanent magnet, Nd2Fe14B or neo-magnet, is made from approximately 70 percent iron (Fe) and 30 percent Nd/Pr/Tb/Dy. Some smaller amounts of B, Co, Cu and other metals are present as well. If the magnets oxidize, i.e. rust, they will tend to lose their magnetism faster and they become flammable. So, you don’t want to keep a lot of old magnets together as it’s really not safe.

In order to understand what happens in the magnet factories you need to think about the applications where we use these magnets. Let’s take, for example, our modern headphones, the earbuds. Each pair will have 4 tiny magnet disks, sometimes even with a small hole inside. In all, this will be a bit over half a gram (0.6 g from the models that we tested). To make those magnets, there are various processes but the most common and the most widely used in China, the world’s largest magnet manufacturer, involves taking a standard magnet block, slicing it and dicing it into hundreds and thousands of small pieces. Then they are all polished before they are coated (or plated) and ultimately magnetized before being packaged and sent to the manufacturer for assembly. This cutting and polishing process produces a very fine powder called swarf. This loss is very significant, and the industry average is 15 to 30 percent waste.

If we summarize it all and do some math, for the year 2017 where 368M headphones were produced (based on statista.com), a total of 221 tonnes of magnet was used. Most likely it is underestimated because larger headphones use larger magnets. If we consider 15 percent and 30 percent loss, that’s 39 tonnes and 95 tonnes of swarf produced respectively. That’s a lot of waste.

What happens with that swarf? Don’t forget, as well, that coolants are added during cutting, grinding and polishing, which can be water or chemical based, and you end up with a lot of wet, soaking swarf. This material is flammable and toxic because of the chemicals added to it so it is calcined at various locations and then shipped to be recycled at the solvent extraction (SX) facilities for their REE content. At the SX plants, this material is leached using spent hydrochloric acid (HCl), and the iron waste is dumped at the tailing’s facilities with a lot of salty brine after the acid is neutralized. The final waste is produced from the SX plant, as we already discussed earlier.
So, as you can see, there are several steps where the environmental issues are present.

RPN: What is the advantage of recycling magnet waste instead of developing a REE mining operation?

KM: Look at it this way, from any rare earths mine you are always going to produce all the 15 REE and often a lot of SX work is needed to get to those 4 HHREE that I mentioned. Let’s analyze the mine supply of REE and the value of each one of them. La and Ce represent well over 50 percent of the volume produced. By the time you add Sm, Eu, Gd, Y and the other trace elements, you are looking at over 70 percent. Now, if you look at Nd, Pr, Dy and Tb, that’s approximately 30 percent of the global demand but the value of these four elements are between 80 percent and 90 percent of the value of the entire REE industry. There are SX plants in China that are not even selling most of the elements. The market is just not there. So, they will do all the SX work to get to these 4 elements, maybe sell another 2 or 4 elements and the rest is stockpiled or waste. That is a huge loss. And mines come at an enormous capital cost and for what? Just to produce and not even use most of the elements?

When you recycle magnets, you are dealing with material entering at an average 30 percent rare earth oxide (REO). It doesn’t matter if we are getting a magnet from China, the US, Canada, or wherever — it’s always going to be running at approximately 30 percent rare earths. And it’s not just any rare earths. It always has those four elements: Nd, Pr, Dy, Tb. We don’t have to deal with any of the low value elements, like lanthanum and cerium. Mines like that just do not exist. Even if you were to imagine a mine with a grade of 80 percent REO, only 20 percent to 30 percent of that would be the 4 HHREE which would make the HHREE content 18 to 27 percent. Again, this is just hypothetical because a mine like that cannot exist because REO distribution is controlled naturally and you cannot have a mine with one element and not the other. Chemically they just stay together.

RPN: Can REE be viewed as part of a circular economy?

KM: Yes, very much so, especially for the magnets. The life cycle of the neo-magnet is very well-defined. There are basically two independent cycles that we observe in the neo-magnet world. The primary waste route is the swarf that I just described to you earlier (source 3 in our REE circular economy diagram).

The secondary waste route (source 2 in the circular economy diagram) is the end of life magnet, a.k.a. magnet scrap. The collection of that source is still limited outside of China due to lack of buyers, i.e. companies like Geomega that would buy and process the magnets to extract REE. Shipping magnet scrap to China is illegal for almost 10 years now.

We have started seeing collection increase only in the last 4 years with some material going to Asia. It is mostly limited to large bulky magnets that are found in computer hard drives, wind turbines, MRI machines, etc.  As usage of magnets increases and Geomega becomes a regular buyer of this magnet scrap, recycling companies will become more interested in collecting it because it is a lower volume, high value material.

As all those sources enter Geomega’s recycling process, recycled rare earth oxides, with the same characteristics as those produced at a mine, will be produced in a clean and sustainable process independent of China and enter the production cycle again.