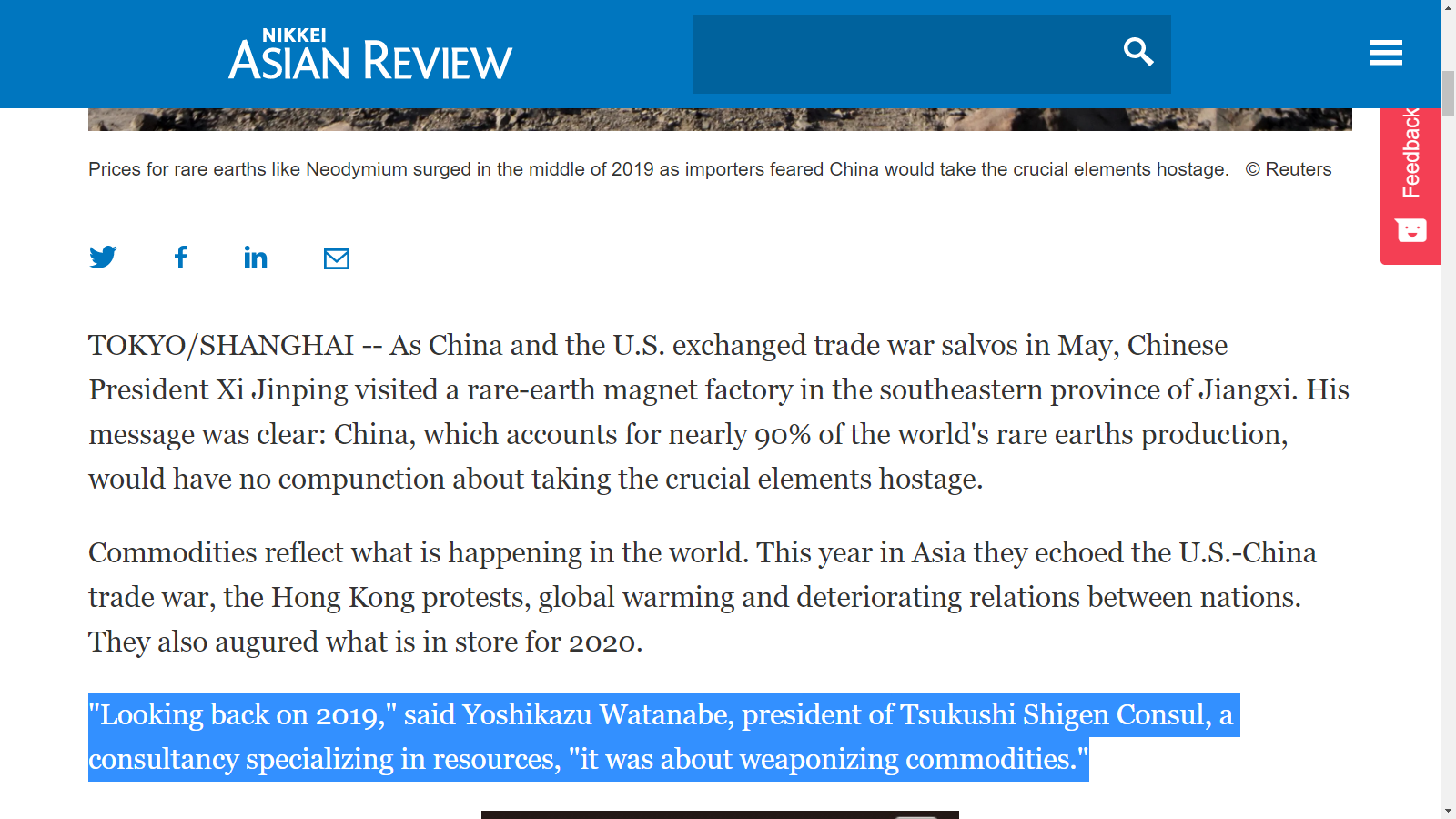 Why Asia weaponized rare earths, soybeans and palm oil in 2019

“Looking back on 2019,” said Yoshikazu Watanabe, president of Tsukushi Shigen Consul, a consultancy specializing in resources, “it was about weaponizing commodities.”

Why Asia weaponized rare earths, soybeans and palm oil in 2019

TOKYO/SHANGHAI — As China and the U.S. exchanged trade war salvos in May, Chinese President Xi Jinping visited a rare-earth magnet factory in the southeastern province of Jiangxi. His message was clear: China, which accounts for nearly 90% of the world’s rare earths production, would have no compunction about taking the crucial elements hostage.

According to Watanabe, Xi’s Kabuki performance came with his government consolidating domestic production of the resources that go into everything from smartphones to electric vehicles to the most modern jetliners. In 2015, the government began integrating the country’s many rare earths producers into six dominant state-owned enterprises. “The integration has almost been completed this year,” Watanabe said, “which means it has become much easier for the government to weaponize the natural resource.”

Trump noted the implied threat and turned to Australia, the second largest rare earths supplier. The two countries this year agreed to work together to finance projects related to critical minerals like rare earths.