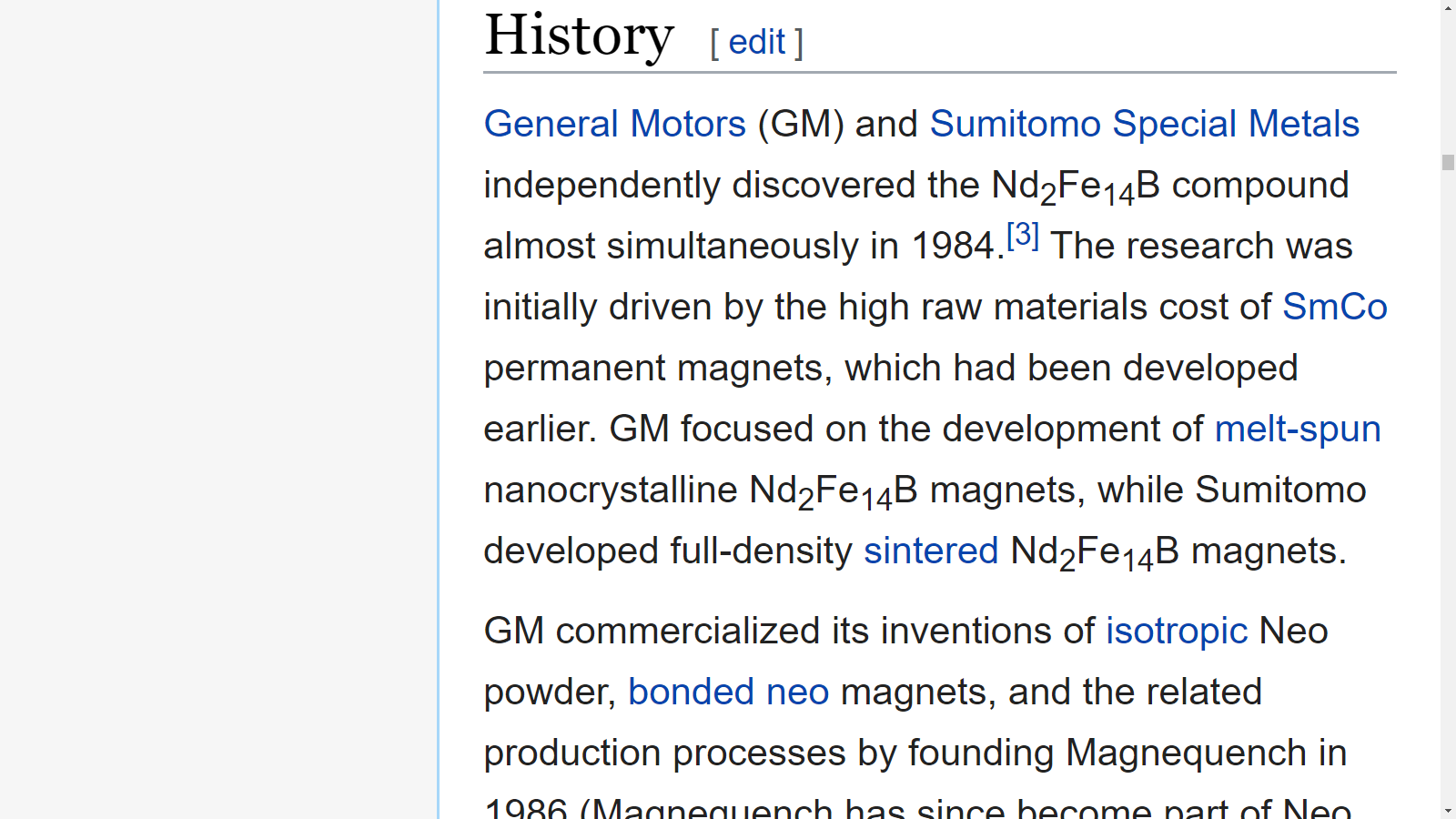 “Due to its role in permanent magnets used for wind turbines, it has been argued that neodymium will be one of the main objects of geopolitical competition in a world running on renewable energy. But this perspective has been criticised for failing to recognise that most wind turbines do not use permanent magnets and for underestimating the power of economic incentives for expanded production.[15]”

A neodymium magnet (also known as NdFeB, NIB or Neo magnet) is the most widely used type of rare-earth magnet. It is a permanent magnet made from an alloy of neodymium, iron, and boron to form the Nd 2Fe 14B tetragonal crystalline structure.

What an interesting discussion!

Don’t forget, neodymium is used in more than just wind turbines. The general idea that “neodymium will be one of the main objects of geopolitical competition in a world running on renewable energy” is interesting. Maybe it won’t be the mining of rare earths that is the key “geopolitical competition” as much as separating them? Maybe the skills of making magnets will become key part of the “competition” around renewable energy and rare earths in the future?