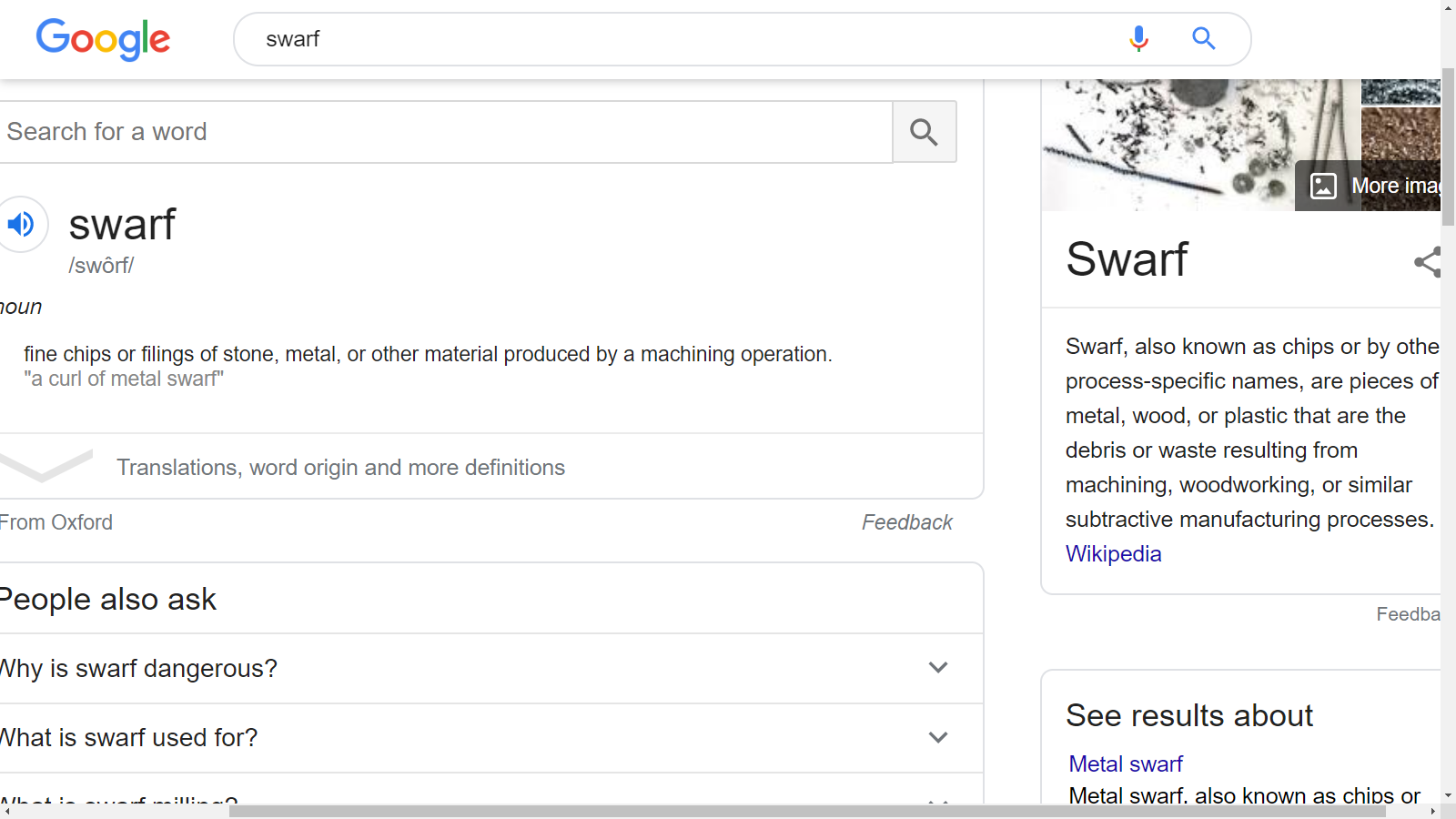 Learn about our target markets on social media.

When Robert Baylis tweets that Roskill estimates “20-30% of NdFeB magnet feedstock” comes from swarf today, we retweeted it. That’s a lot of recycling.

Swarf refers to “fine chips or filings of stone, metal, or other material produced by a machining operation.” (Google). Read the discussion between Robert Baylis and Adamas Intelligence on twitter here.

These numbers are relevant to our target market.

Note that Robert Baylis mentions “32% rare earths content in NdFeB” for swarf from permanent magnet manufacturing in his tweet. That number is in-line with our guidance on the expected grade of our feed material.

As our CEO said to Steve Darling at Cambridge House 25th annual VRIC,

“We are starting with the best feed out there, which is the magnet.” Kiril Mugerman

How much metal is cut away during the machining process? How much swarf is produced by different magnet manufacturers around the world? How much material can we expect from that waste stream as a source of feed for our recycling?

Again, quoting Kiril in his recent appearance with Proactive Investors,

“Outside of China, we basically throw it out. The need is there. It’s over a billion dollar industry today to recycle rare earth magnets.”

Read on for more information from Adamas Intelligence, who notes that China is “reliant” on rare earths imports. Adamas tweets, Chinese rare earth production volumes are “far more than China can yield with domestic #rareearth supplies alone.” Recycling swarf is one source for magnet material in China.

Is recycling swarf from permanent magnet manufacturing an important factor for the global rare earths markets?

“If you look at innovative technologies, especially innovative technologies in specialty metals, you see companies come up with a new technology and then say that they want to apply it to a mine. Going from a pilot plant to a mine scale is just too big of a leap. The scale-up factor is too big. The financial risk is too big. Cost overruns and too many things can go wrong. We decided that we don’t want to go to a mining scale right away, but we want to generate cash while we are demonstrating it. So, we decided that recycling is the right way to make a commercial application, generate cash, and it is a needed part of the sector. To close the loop in the circular economy, as they call it, you do need to recycle. Funny enough, they do recycle in China. They do recycle rare earth magnets in China and they are basically the leader in that. Nobody talks about it.”

Note, this interview with Kiril was recorded January 20th 2020 at Cambridge House’s 25th annual VRIC. These tweets between Roskill and Adamas were from January 22nd. No sooner did Kiril say, “they do recycle in China… Nobody talks about it.” than we start seeing tweets about it from the likes of Adamas Intelligence and Adam Baylis! What would Clint Cox say?