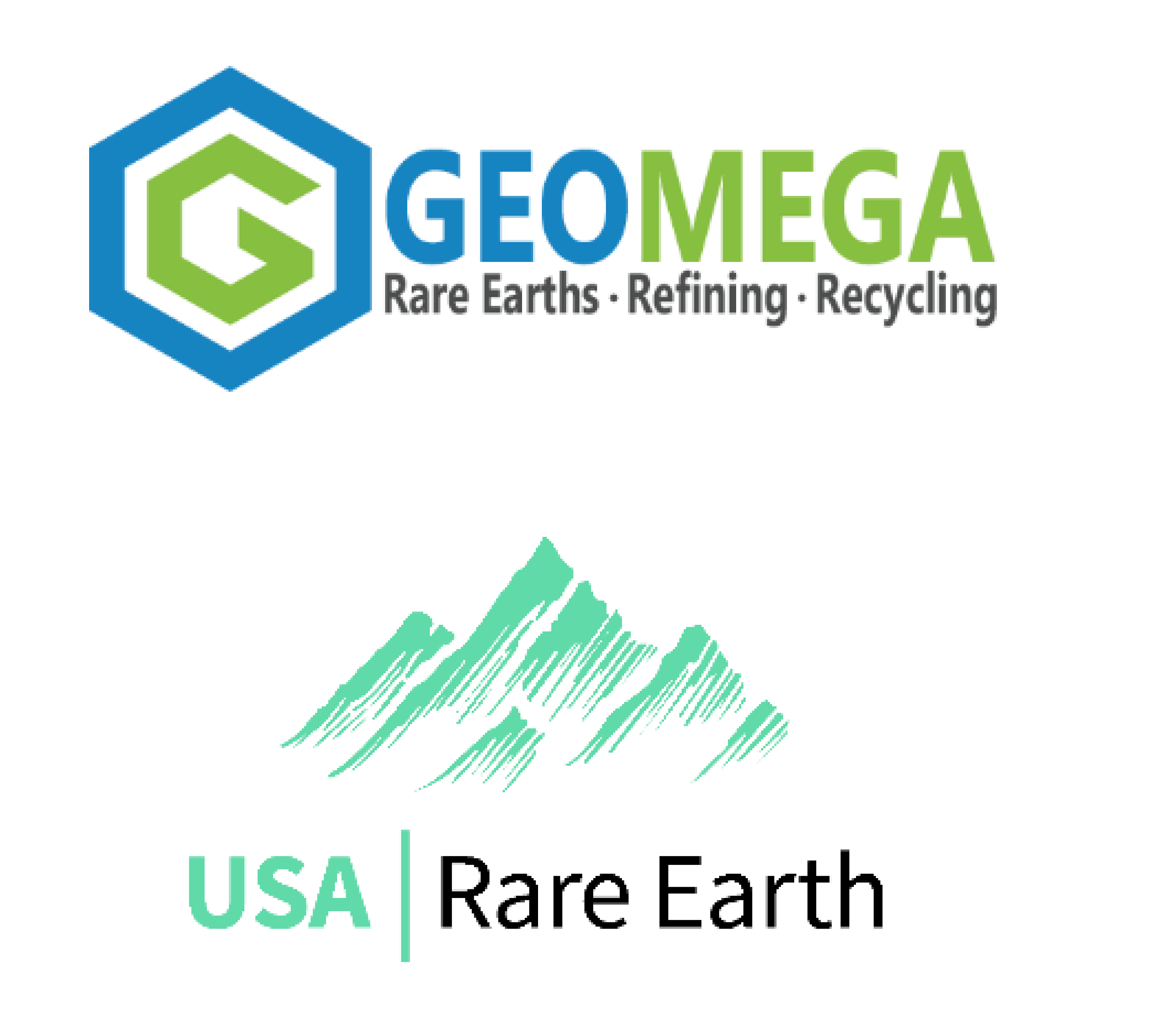 As part of its mine-to-magnets strategy, earlier this year USA Rare Earth purchased the sintered neo magnet manufacturing equipment formerly owned and operated in North Carolina by Hitachi Metals America, Ltd.  USA Rare Earth is currently evaluating options for the location of the plant, which will become the first neo magnet manufacturing plant in North America since the Hitachi facility ceased operations in 2015.  Other domestic sources of neo magnets either import magnets for assembly in the US or import sintered neo magnet blocks that are machined and assembled in the US.

The plant was designed to produce in excess of 2,000 tonnes of sintered neo magnets per year, or approximately 17% of current U.S. demand for neo magnets.  The process of manufacturing and machining neo magnet blocks generates up to 30% swarf and scrap (up to 600 tonnes), which needs to be recycled.  Material from USA Rare Earth’s facility and material from machining of other blocks will be the feed for Geomega’s recycling plant located in St-Bruno, Quebec which, after processing, could become one of the rare earth oxide feed required for USA Rare Earth’s magnet plant.  USA Rare Earth is expected to make all its swarf and scrap available for Geomega to recycle for a minimum period of five (5) years, commencing on the effective date of a definitive agreement between the companies.

“With more than 60% of the materials coming out of our Round Top deposit being used in clean tech, green tech and renewable energy applications, we see recycling magnet waste as a natural way to be economically efficient and environmentally responsible,” said Pini Althaus, CEO of USA Rare Earth.  “Geomega’s process to recycle waste and bring it back into our magnet feedstock reconfirms our readiness to innovate at every point in our mine-to-magnets strategy.  It is also part of our strategy accelerate revenues from our U.S.-based neo magnet production ahead of mine production from the Round Top project.”

“We see this collaboration with Geomega as an example of the kind of cooperation called for by the U.S. and Canadian Governments, in the area of critical minerals and Rare Earths in particular,” continued Mr. Althaus.  In January, the U.S. and Canada finalized a Joint Action Plan on Critical Minerals Cooperation.  The Geomega-USA Rare Earth LOI follows on a collaborative agreement between USA Rare Earth and Australia’s Arafura Resources, involving processing work at USA Rare Earth’s Colorado Pilot Plant. In 2019, the U.S. and Australian Governments committed to encourage U.S-Australian critical mineral cooperation.

“We are very excited to be working in collaboration with USA Rare Earth. We both share the same vision to bring rare earth magnet production back to North America while securing the critical rare earth elements using Geomega’s clean technology to process magnet waste.” said Kiril Mugerman, President & CEO of Geomega.  “It is exciting to be part of USA Rare Earth mine-to-magnet strategy which we can participate in and support using our rare earth clean recycling technology. Establishing a partnership initiative such as this in North America will prevent any supply chain disruptions from China for these critical elements. Every rare earth magnet factory produces waste. By working together, Geomega and USA Rare Earth will ensure that the rare earths contained in this waste shall remain in North America and are then reused to make more rare earth magnets for the U.S. and Canadian markets that comply with the McCain National Defense Authorization Act. It will be a great opportunity to demonstrate to global magnet manufacturers that there are innovative solutions to obtain rare earths from trusted sources that don’t harm the environment and produce less greenhouse gases than the current outdated methods used in China. Geomega’s vision is for every magnet factory to use our technology in order to recycle their waste and not be dependant on foreign entities,” added Mr. Mugerman.

Geomega and USA Rare Earth will negotiate mutually acceptable commercial terms including the possibility of a license agreement to develop a recycling facility at the location of its permanent magnet factory. Until such time, this LOI remains non-binding.

As indicated by USA Rare Earth in its April 7, 2020 press release, according to industry estimates, permanent magnets are a $21 billion-a-year (US dollars) global market split between high performance magnets (70%) and lower performance ferrite magnets (30%) used in applications such as chargers for electrical devices and other applications where weight and performance are less important and operating conditions are less extreme.

In 2019, the U.S. purchased approximately 12,000 metric tonnes of neo magnets at an average price of approximately $71,000 per tonne, according to industry estimates, representing 6% of the global rare earth magnet market. Note that this does not include magnets in finished and semi-finished products that are imported – since the U.S. was approximately 23.6% of global GDP in 2019, total imports of magnets could be at least four times the magnet-only numbers.

If the U.S. merely maintains its current 6% share of the global market, annual purchases of rare earth magnets will increase by more than 7,000 tonnes by 2027, or an annual increase of more than 900 tonnes per year.

The Corporation is advancing towards initial production from its demonstration plant to supply HHREE’s to North America and other parts of the world.

USA Rare Earth, LLC has an option to earn and acquire an 80% interest in, and is the operator of, the Round Top Heavy Rare Earth and Critical Minerals Project located in Hudspeth County, West Texas from Texas Mineral Resources Corp. (TMRC: OTCQB).  Round Top hosts a wide range of critical heavy rare earth elements, high-tech metals, including lithium, uranium and beryllium, and, based on the Preliminary Economic Assessment (dated August 16, 2019) projects a pre-tax net present value using a 10% discount rate of $1.56 billion based on a 20-year mine plan that is only 13% of the identified measured, indicated and inferred resources.  The PEA estimates an internal rate of return of 70% and average annual net revenues of $395 million a year after average royalties of $26 million a year payable to the State of Texas.  Based on the cost estimates set forth in the PEA, Round Top would be one of the lowest-cost rare earth producers, and one of the lowest cost lithium producers in the world.

The Round Top Deposit hosts 16 of the 17 rare earth elements, plus other high-value tech minerals (including lithium) and is well located to serve the US internal demand. In excess of 60% of materials at Round Top will be used directly in green or renewable energy technologies. Round Top contains 13 of the 35 minerals deemed “critical” by the Department of the Interior and contains critical elements required by the United States, both for national defense and industry. For more information about USA Rare Earth, visit www.usarareearth.com