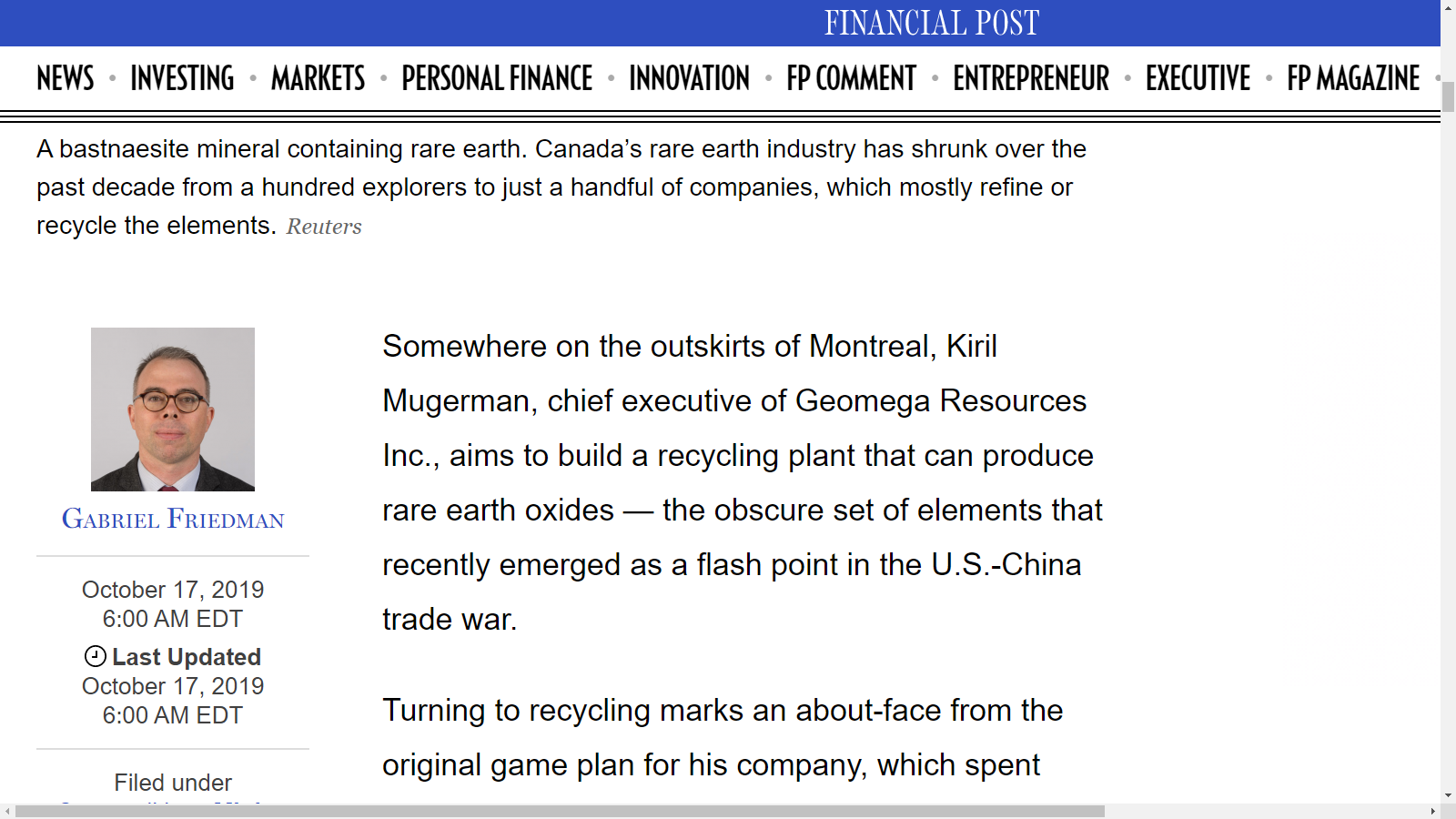 ‘You don’t control your destiny’: Why Canada’s rare earth deposits are staying in the ground

‘You don’t control your destiny’: Why Canada’s rare earth deposits are staying in the ground

Somewhere on the outskirts of Montreal, Kiril Mugerman, chief executive of Geomega Resources Inc., aims to build a recycling plant that can produce rare earth oxides – the obscure set of elements that recently emerged as a flash point in the U.S.-China trade war.

“The (mining) project is not forgotten, it’s still within the company,” said Mugerman, “but today to bring it to value is very hard. It’s a very high risk for a company to begin committing hundreds of millions of dollars when you don’t control your destiny — if the price goes up, China can still bring it down.”

Mugerman says that since he started as chief executive in 2015 it’s been clear that the half a billion dollar mining project would need to be shelved.

Instead, he spent the past few years studying recycling methods, and stockpiling old rare earth magnets’ waste. Earlier this month, Geomega released plans for a plant that would cost $2.5 million to build and would have an estimated $30 million in annual revenue.

He’s hopeful that if they bring the plant online in 2020, and start generating cash flow, the company can still open the mine one day. “We want to sell to anybody but China,” said Mugerman. “You want to stay small because you basically want to stay under the radar as long as possible.”