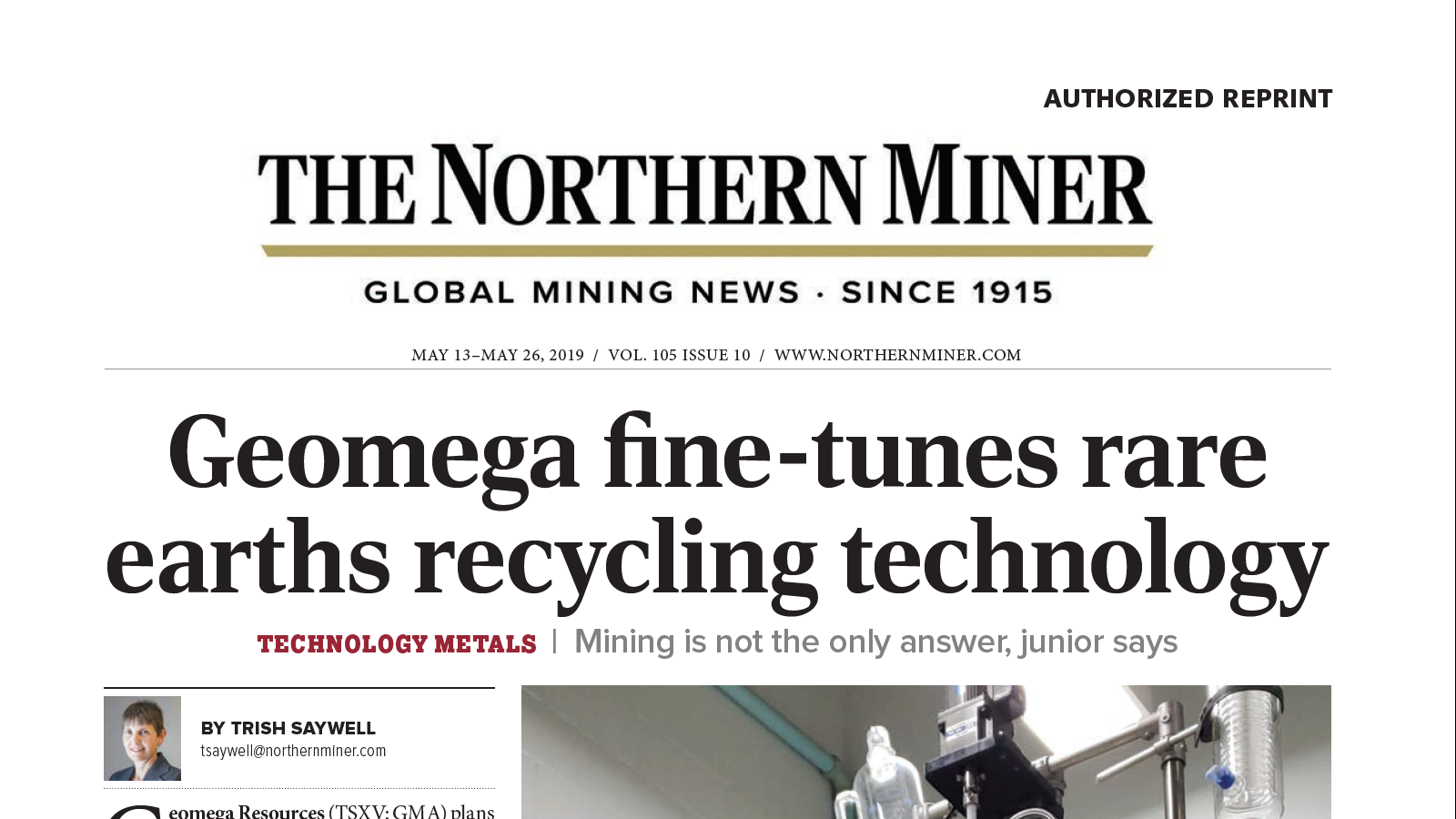 Geomega Resources (TSXV: GMA) plans to put Canada on the map as a producer of rare earth elements (REE) — not by building a mine, although it hopes to do that one day too — but by initially recycling them from the permanent magnet industry with a technology developed by its privately controlled subsidiary, Innord. Geomega claims Innord’s in-situ recovery (ISR) technology, which has been developed over the last five years, can separate and extract rare earth oxides from the waste left over from the manufacturing of permanent magnets as well as from permanent magnets in motors used in wind turbines and electric vehicles that have reached the end of their lives. It can then sell the rare earth oxides it extracts to end users. “Rare earth magnets are the future of the rare earth industry, and developing the recycling of permanent magnets and permanent magnet residues is just as important as developing new mines,” says Kiril Mugerman, , president and CEO of Geomega and Innord.